When you think of vehicle wrapping, you may think of the kind of work Priority Graphics does for some of its clients: marketing wraps, decals or full-vehicle wraps on company cars, and so on. Working with AJ Foyt Racing, however, is a different kind of challenge: providing services for a company in an industry that moves fast – both figuratively and literally.

As motorsports fans around the world know, AJ Foyt Racing has quite the racing pedigree behind it. Founder and namesake A.J. Foyt is a bona fide racing legend with a slew of impressive achievements. He was the first four-time winner of the Indianapolis 500; the only driver to win the trio of the Indy 500, the Daytona 500, and the 24 Hours of Le Mans; and holds the record for the most Indy Car wins (67) in racing history.

Since its founding in 1965, AJ Foyt Racing (also known as A.J. Foyt Enterprises) has won several major victories. Foyt himself claims two of his four career Indy 500 wins under the banner of his own team; other team wins include the 1999 Indy 500 with driver Kenny Brack and the Indy Racing League (now INDYCAR) championship in both 1996 and 1998. The company is currently led by Larry Foyt, a retired driver himself, keeping the company’s achievements in the family.

Today, the team includes an international pairing of drivers: four-time champion Sebastien Bourdais, who hails from France, and Canadian rookie Dalton Kellett driving the No. 14 and the No. 4 respectively. Operations are divided between two locations: one in Indianapolis and one in Texas. “The operations in [Indianapolis] consist of all the engineering and the 4 group. The 14 is run out of our headquarters in Waller, Texas,” explains Scott Harner, Vice President of Operations.

Even a successful team like AJ Foyt Racing, however, had a tough year in 2020. “As with everyone else, the pandemic changed all of that last season with the first part of the season being cancelled, races condensed, and not having the ability to really find our footing with the cars,” Harner says. That being said, he’s optimistic about what the near future holds. “2021 is looking to be a big improvement for us with the addition of several new people on the team side along with full-time drivers Sebastien and Dalton to give us the consistency we need.”

For decals and vehicle wraps, AJ Foyt Racing often turns to Priority Graphics. “Priority Graphics has been very instrumental for us being able to change car livery basically overnight,” says Harner. “[They] are available anytime we have a change or update to either car and get the decals and wraps done ASAP.” In the fast-moving world of motorsports, AJ Foyt Racing needed a partner that could keep up with all the changes, and that was more important than ever with the unusual schedules and demands of 2020. Fortunately, as Harner notes, Priority Graphics was the ideal partner to help the company work through these challenges. 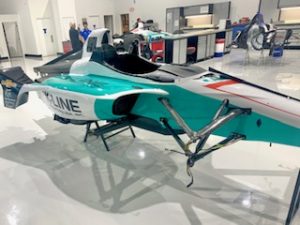 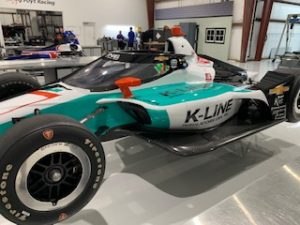 “Motorsports changes constantly and last year was like nothing we have ever seen before with schedule changes…We were moving cars and liveries weekly as things changed, and Priority made it all happen on very short deadlines.” 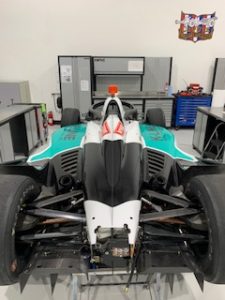 Like many industries, the motorsports world is hoping that 2021 will bring a return to normalcy, or something close to it, and AJ Foyt Racing will be ready to go. “Hopefully 2021 will see us, and everyone else, get back to some sense of normal,” Harner says. “We have already had the start of the season delayed a bit so when we get going, we will be on very tight schedules with the season starting with three back-to-back races then rolling into the month of May.”

Priority Graphics is proud to work with the talented and hardworking team at AJ Foyt Racing and wishes them every success as they continue pushing forward!

Check out our Vehicle Graphics for Racing Teams and Motorsports HERE